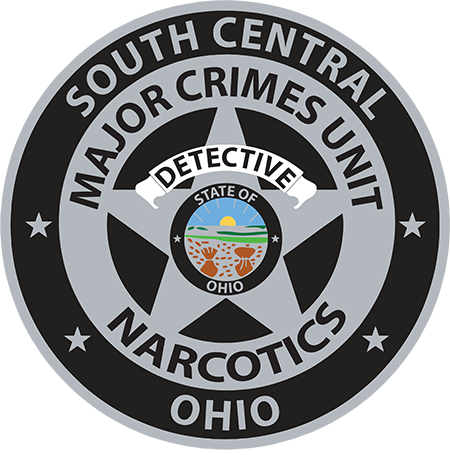 PRODUCING INNOVATIVE AND PROACTIVE RESPONSES
to the issue of drug trafficking, substance use, and street level crime impacting the quality of life in our communities.
MEDIA RELEASE
_______________________
OCTOBER 4, 2022
The South-Central Ohio Major Crimes Unit is pleased to announce that it has been awarded a United States Bureau of Justice Assistance COSSAP (Comprehensive Opioid Stimulant Substance Abuse Program) grant in the amount of $1,300,000.  This grant which will largely focus on the task force’s outreach program Project FORT will fund program activities over the next three years.  Project FORT which has become an integral part of the Major Crimes Unit’s comprehensive approach to curbing drug trafficking and substance use throughout Fairfield County will seek to expand housing opportunities, decrease transportation barriers, and continue to perform robust outreach to those with substance use disorders.

Commander Lowe said that “Since its inception in 2018 Project FORT has made a difference in Fairfield County and is saving lives”.  This unique blending of enforcement and outreach is changing the course of people’s lives and providing expedited treatment and recovery opportunities for those with substance use disorders.  FORT connects those in need with critical access to treatment and recovery programs through its network of care outside of the criminal justice system.  “These dollars will provide expedited access; and help ease current barriers like housing and transportation which inhibit people’s ability to enter or stay in recovery.”

Commander Lowe went on to say that “This award is significant, and further validates that leaders at the state and federal level recognize the great work being done in Fairfield County by the Major Crimes Unit, and Project FORT through its strategic partnerships with Law Enforcement and the Treatment and Recovery community.

For any additional information or questions please contact the Major Crimes Unit Commander Dennis Lowe at 740-808-0100 or via email at dennis.lowe@fairfieldcountyohio.gov.

Additional charges, pending BCI&I lab results, will be submitted to a grand jury at a later date. In accordance with Ohio Revised Code, South Central Major Crimes Unit is requesting a bond of $110,000 be set for Mr. Billingsley’s release.

For any additional information or questions please contact the Major Crimes Unit Commander Dennis Lowe at 740-808-0100 or via email at dennis.lowe@fairfieldcountyohio.gov.

BREAKING NEWS
_______________________
On Tuesday March 15, 2022, The South-Central Ohio Major Crimes Unit with the assistance of the Lancaster Police Department Strategic Response Team, Detective Bureau, the Fairfield County Sheriff’s Office Detective Bureau, and the Ohio Bureau of Criminal Investigation ended a brief narcotic trafficking and stolen property investigation with the execution of a search warrant at 116 E. Winding St. Lancaster and the arrest of a Lancaster man. This investigation involved the distribution of Methamphetamine, and Fentanyl throughout the region and resulted in the arrest of Randall L. Gilkerson Jr. 44 of 116 E. Winding St. Lancaster, Ohio. Gilkerson was booked into the Fairfield County Jail on one count of possession of drugs, a Felony of the 2nd degree with additional trafficking charges to be presented to the Fairfield County Prosecutors Office. Seized during the investigation was more than 159 grams Methamphetamine, 25 grams of the dangerous synthetic opioid Fentanyl, digital scales, packaging materials, and $1,289.00 in currency.

For any additional information or questions please contact the Major Crimes Unit Commander Dennis Lowe at 740-808-0100 or via email at dennis.lowe@fairfieldcountyohio.gov 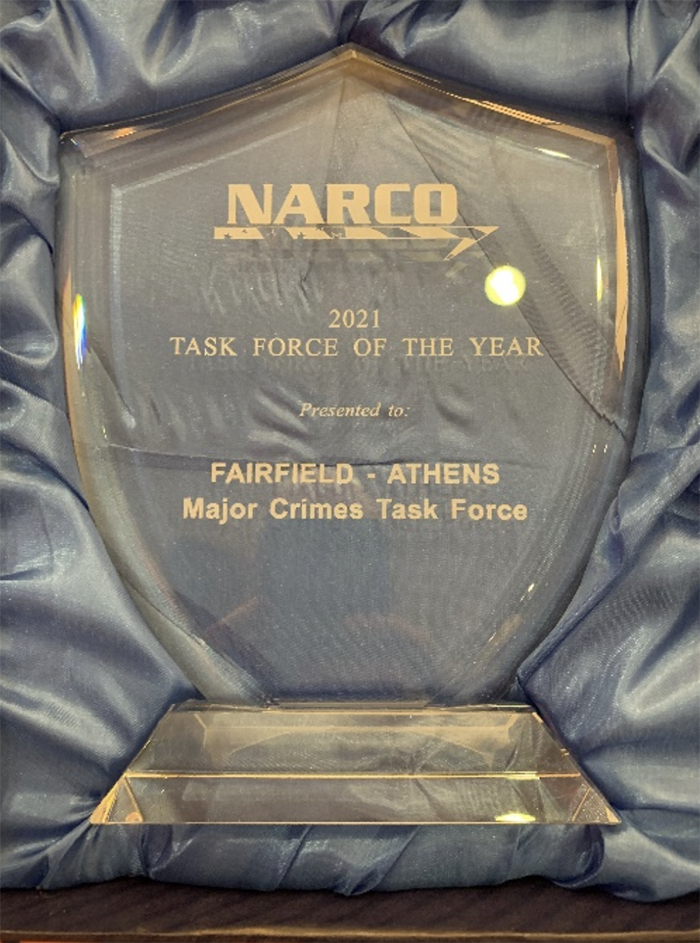 On Wednesday September 15, 2021, the Fairfield-Athens-Pickaway Major Crimes was selected as the Ohio Drug Task Force of the year by the Ohio Narcotics Association of Regional Coordinating Officers ( Ohio NARCO).

The task force was recognized for their exceptional collaboration, and drug enforcement efforts which included investigations at both the state and federal level.

Just one of those investigations resulted in the seizure of more than five pounds of Fentanyl, fifteen pounds of heroin, fifty pounds of methamphetamine, twenty-eight firearms and the recovery of more than $1,000,000 in stolen vehicles. The Major Crimes Unit was also noted for their innovation and fidelity to community outreach through Project FORT providing expedited access to treatment and recovery services to those with substance use disorders outside of the criminal justice system.

Major Crimes Unit Commander Dennis Lowe said that “The entire team is incredibly humbled and honored to be selected as the Ohio Task Force of the Year.”

“The men and women of the Major Crimes Unit are dedicated professionals who work tirelessly to address issues impacting the community involving drug trafficking and substance use.”  Commander Lowe went on to say that” This award and the work that led up to it would not be possible without the incredible level of collaboration, trust and support of the agencies who participate in the task force.”
| ABOUT US

The Major Crimes Unit is a collaborative effort between area law enforcement agencies. It's goal is to reduce drug offenses and street level crime and to provide expedited access to treatment and recovery options outside of the criminal justice system. 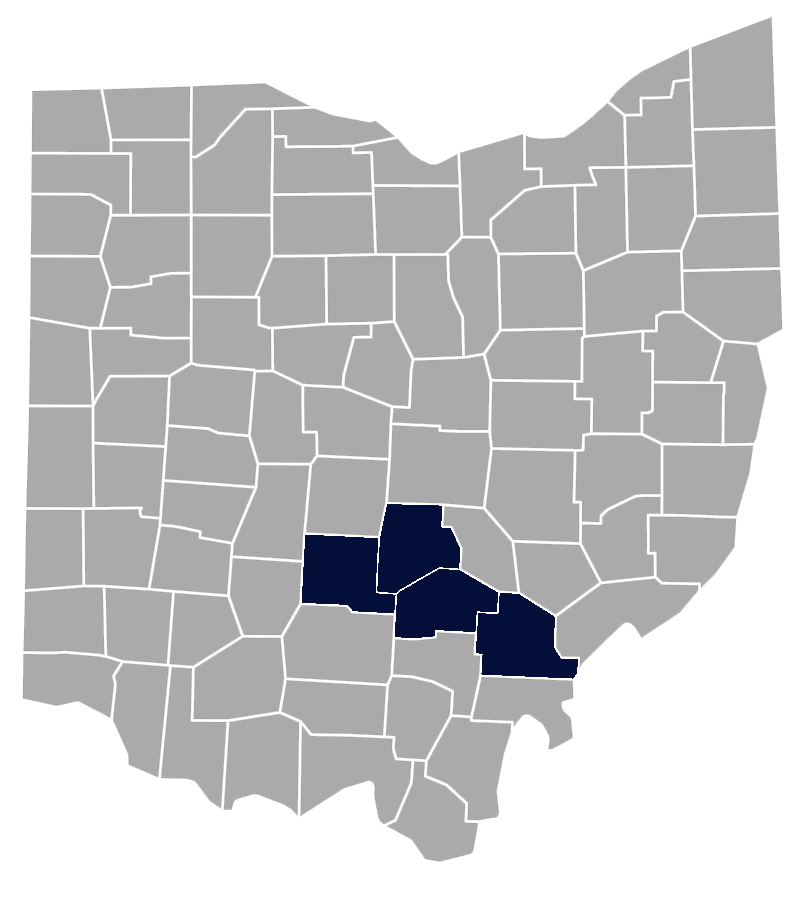 In June of 2021 MCU in collaboration with the Pickaway County Sheriff’s Office and the Circleville Police Department seized more than 45 grams of Fentanyl, 39 grams of Methamphetamine, approximately 20 Xanax, and the arrest of two Circleville residents on drug charges. 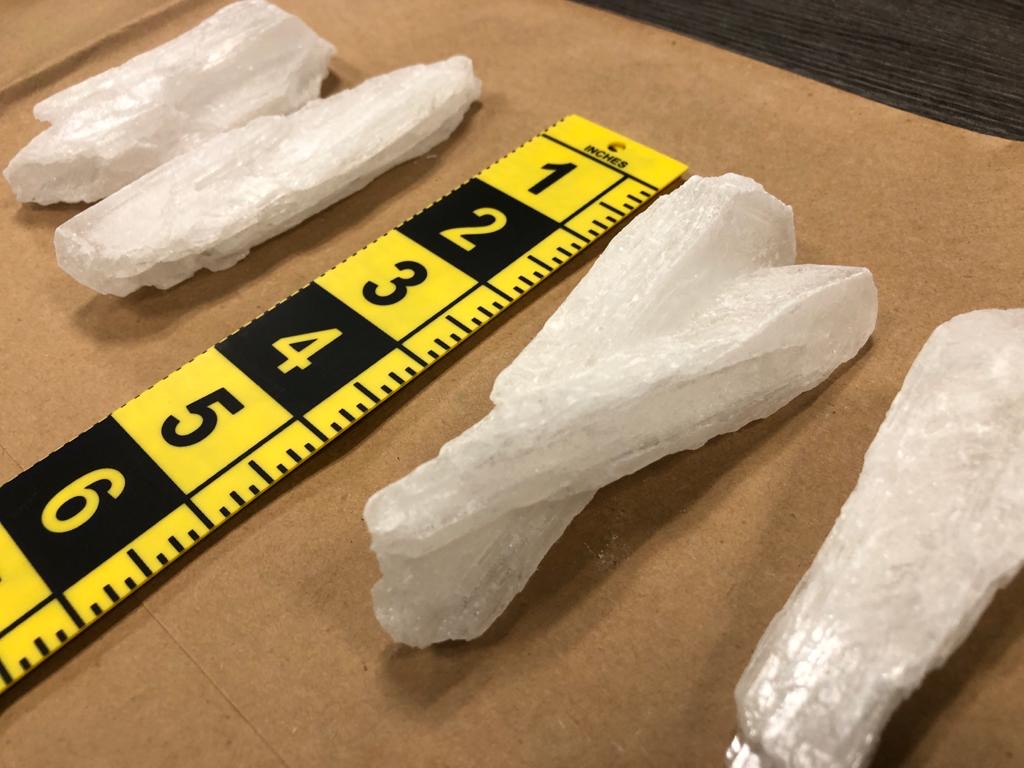 Part of a 3lb seizure of methamphetamine seized during Operation Ice Market. It was a collaborative investigation targeting a drug trafficking organization operating out of Columbus and supplying Fairfield County with methamphetamine. 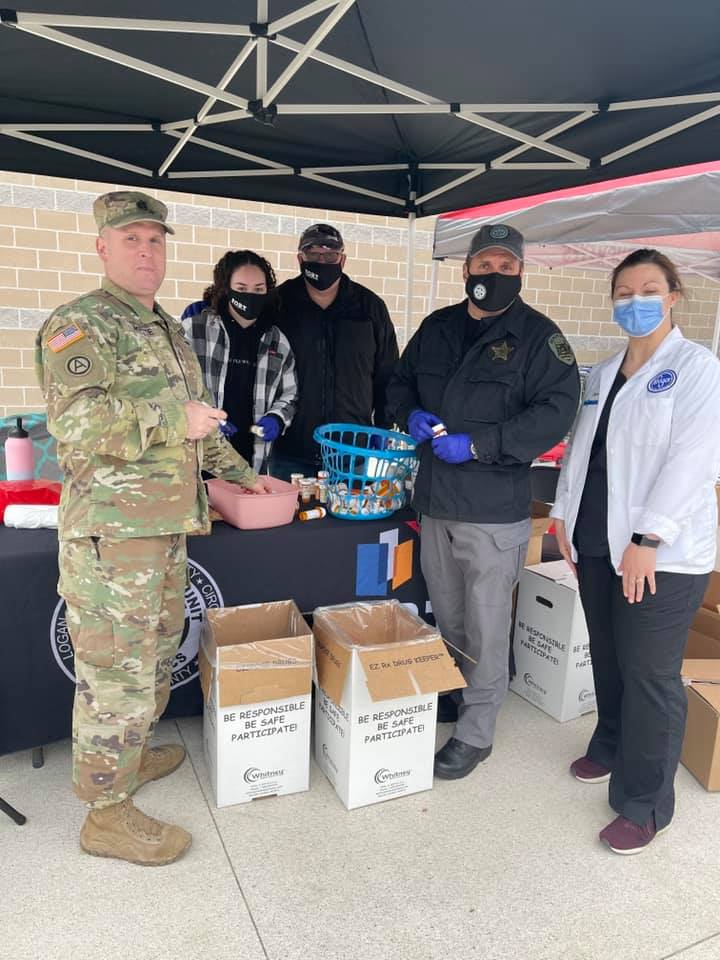 The Major Crimes Unit & Project FORT in collaboration with Ohio National Guard Counterdrug Program and our partners at Kroger collected more than 40lbs of prescription medication preventing it from being diverted into the community.

Our next National Drug Take back events will be held on October 23, 2021, at the Memorial Dr. Kroger in Lancaster, Hill Rd Kroger in Pickerington, and the Chieftan Dr. Kroger in Logan from 10:00 -2:00 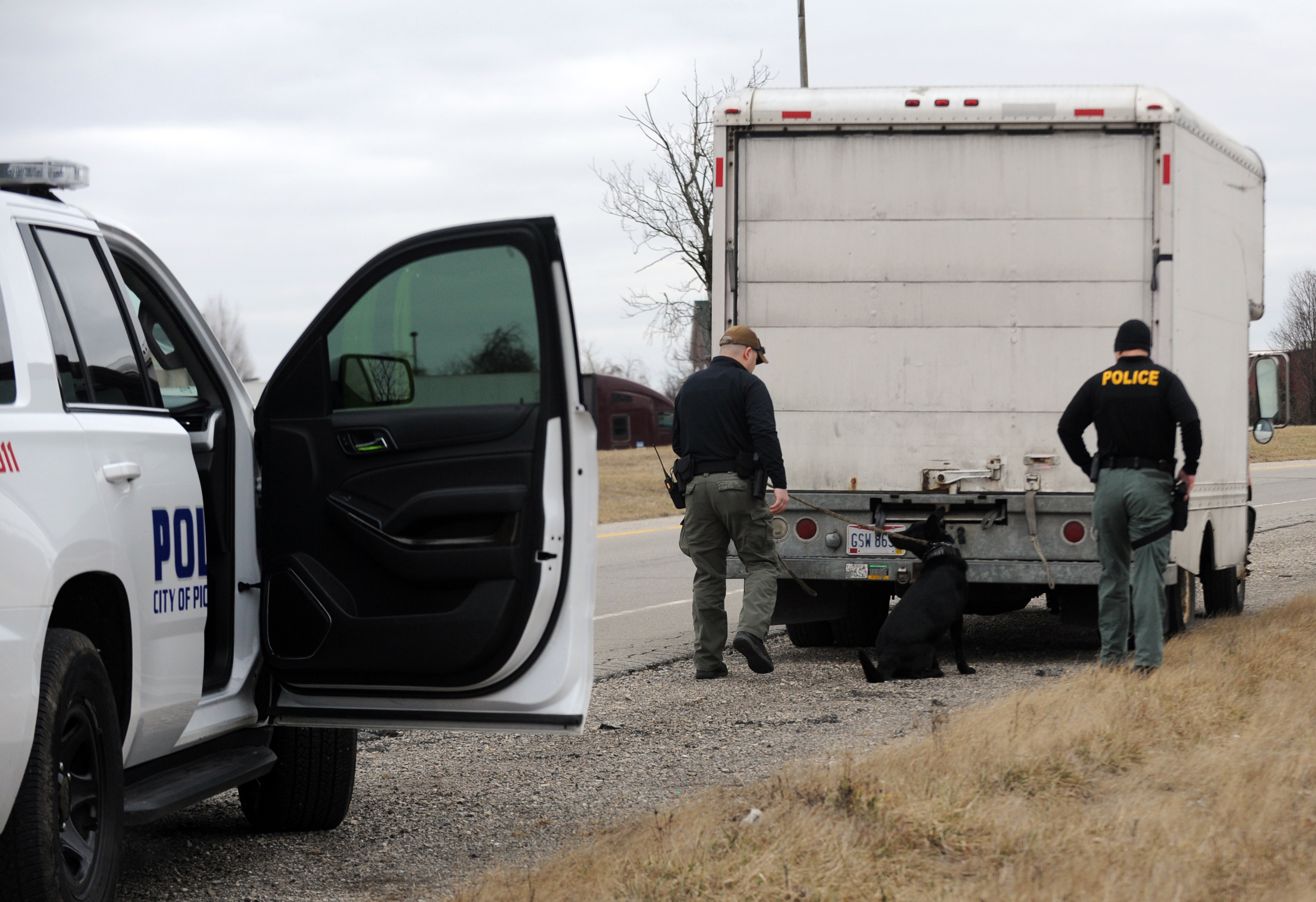 Major Crimes Unit was alerted that a batch of counterfeit Percocet 30's may be circulating through Lancaster and Fairfield County. These tablets are likely pressed Fentanyl and EXTREMELY dangerous presenting an increased risk of overdose. We would encourage anyone who is illicitly using Percocet 30's that were purchased on the black market to contact the Major Crimes Unit who could arrange for their safe disposal.

The mission of the Major Crimes Unit is to produce innovative, and proactive responses to the issue of drug trafficking, substance use, and street level crime impacting the quality of life in our communities. Using a comprehensive approach the task force will focus on mid to upper level drug traffickers, drug trafficking organizations and violent offenders using a multi-jurisdictional approach in cooperation with federal, state and local law enforcement agencies to bring investigations to a successful conclusion. Investigators will work to fulfill the mission of the Major Crimes Unit in a way that inspires the public’s trust and confidence and protects the constitutional rights of each citizen. Additionally the Major Crimes Unit through its outreach program project FORT will provide expedited access to available treatment and recovery options outside the criminal justice system.
TASK FORCE AGENCIES